The green economy and its benefits

The crisis we are going through affects all the economic sectors, as well as all the fields. There is no doubt that most of the companies are aware of that. However, there are many ways of reactivating the economy: crisis means change. 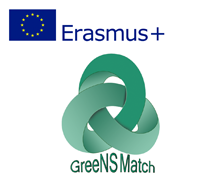 And this change is represented by green economy, based on the idea of an economy which makes the most of its resources efficiently, promoting low carbon emissions and pollution, while protecting the environment.

In recent years, we have been basing the growth of our companies on unlimited consumption systems, unsustainable production systems…Nevertheless, we should be aware of the fact that we live in a limited world and thus, those companies who know how to efficiently use their resources are eventually successful.

The benefits are numerous: the ILO (International Labour Organization) forecasts that the green economy can create between 15 and 60 million work positions, a better society is promoted, the environment is respected…And regarding marketing, a green company offers a better public image. Because, who would want to buy something in a company that dirties the river which goes through one’s city? Wouldn’t one prefer a company that contributes to create employment and to come out of the crisis?

Even so, green economy is a synonym with modernization. If a company wants to stay in a market, it has to be pioneer and to have state-of-the-art techniques and methods. In other European countries, some practices related to energy efficiency are being carried out. For example, Germany has received 100 000 million Euros investment and has created 300 000 work positions per year.

In this framework, the Chamber of Commerce, Industry and Services from Zaragoza has created a programme called GreeNS Match (matching green Skills supply with green labour market Needs, in collaboration with FEUZ (“Private Cultural Foundation Company-University of Zaragoza” in English), INOVA+ (Portugal), IHK- Projektgesellschaft (Germany) and EEO Group (Greece). This programme aims at reducing the gap between green education and green employment through cooperation, innovation and good practices pooling.

– Green skills and innovation for inclusive growth, Publications Office of the European Union, 2015

This project has been funded with support from the European Commission. This publication (communication) reflects the views only of the author and the Commission cannot be held responsible for any use which may be made of the information contained therein.